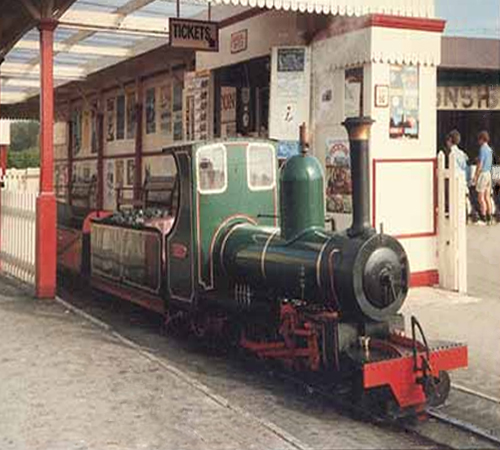 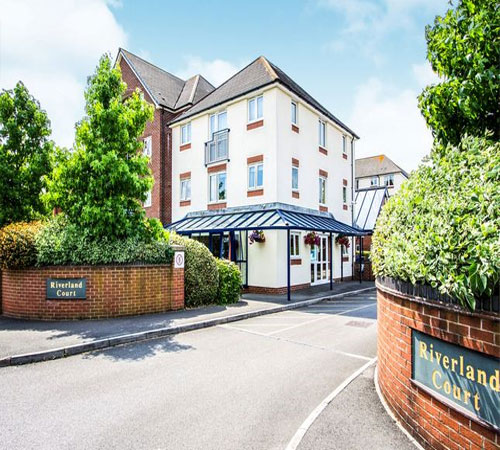 Founder Jim Haylock has been interested in railways from a young age, and after a 20 year career in the carpet & upholstery business, he decided the time was right to set up his own railway. In 1980 he found a suitable site in Tucktonia Leisure Park, Christchurch. After 5 years, Jim decided he needed to move the railway to a better location, and heard that the Council was creating a new Country Park at Moors Valley. 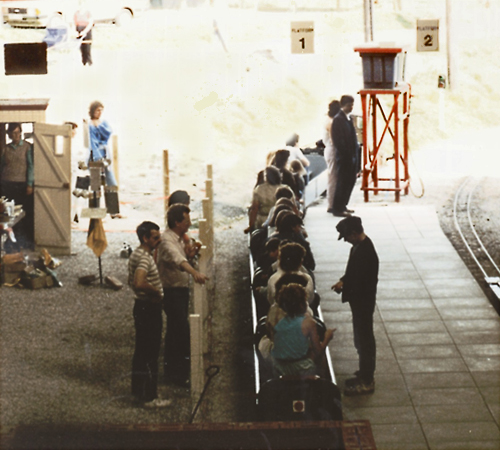 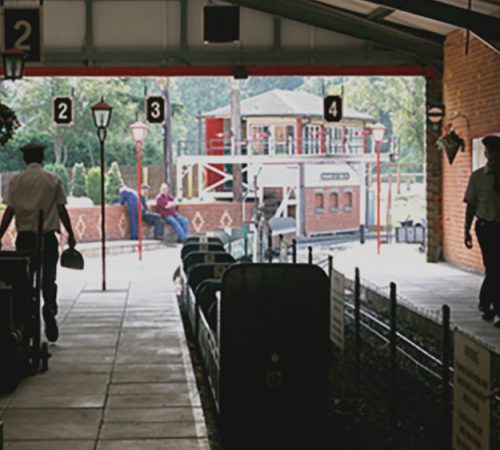 Until 1985, Moors Valley was a dairy farm – Kings Farm. The original farm buildings were ideal to use for the main station. Cattle stalls were altered to accommodate a carriage shed, engine shed and shop, and the milking parlour was transformed into the workshop. A skin of brickwork was laid across the front of the buildings in a traditional railway style. A station buffet, ticket office, waiting room and two signal boxes were later added. 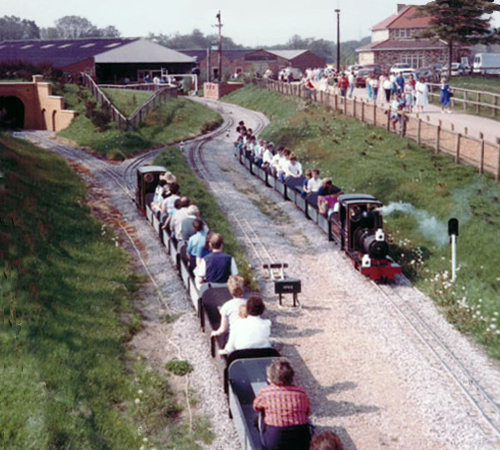 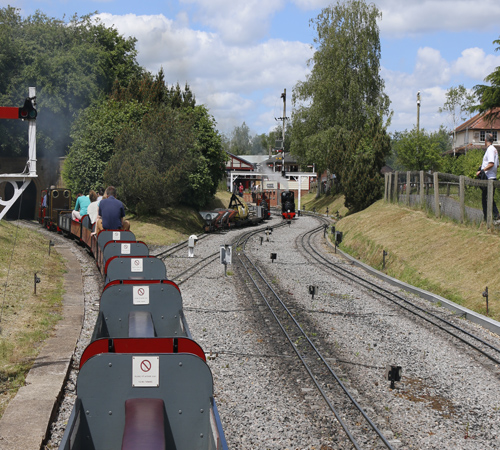 The railway opened on 26th July 1986 with a single track connection to what later became Lakeside Station and the first loop of the spiral around the children’s play area. The bottom part of the spiral was opened in 1988. The embryonic Lakeside Station was opened in 1989 and eventually the track was doubled in 1995. The main ride is now one mile long, but the total track length including sidings is about one and a half miles.

Approximately 8000 sleepers, 500 tons of ballast and 100 tons of road stone have been used in the construction of the track. 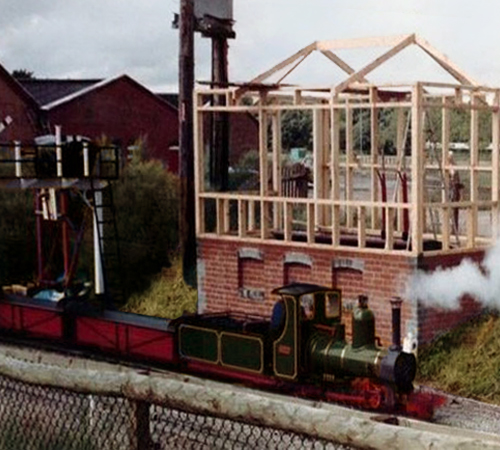 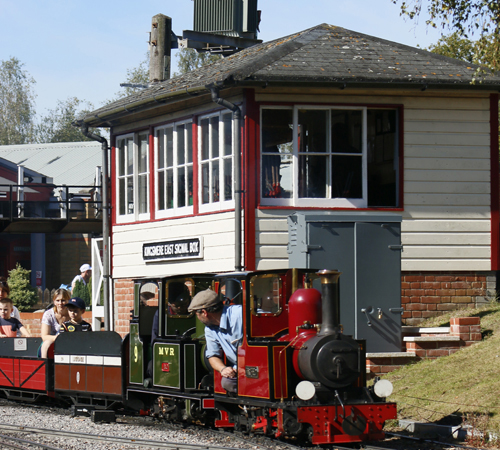 East Box was completed in 1988 around a 28 lever Stevens frame from Becton Gas Works in London. More recently, a miniature 12 lever frame has been installed to control movements around the extended carriage shed and station avoiding line. On normal running days, the signalling system is automatic, enabling the railway to run without a signalman present. 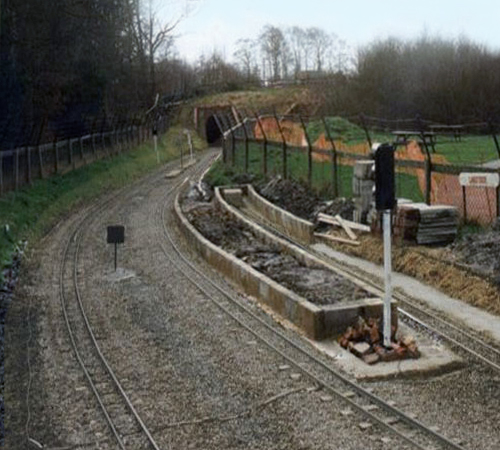 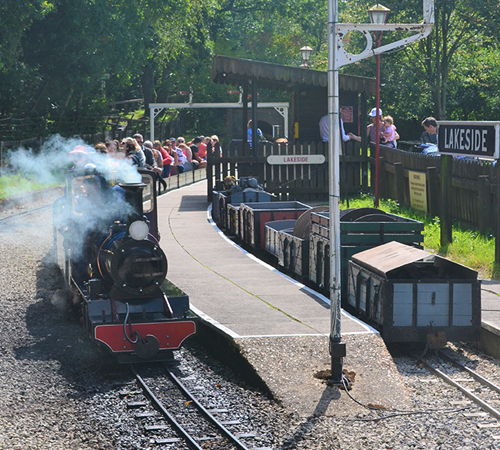 In the winter of 1995-6, Lakeside platform was rebuilt to include the main line platform so that all trains stop at Lakeside, giving passengers a choice of return or single journeys. Today Lakeside is the busier of our two stations mainly down to the location of the station being next to the main picnic area in the Country Park and it being the closest station to the main visitors centre. 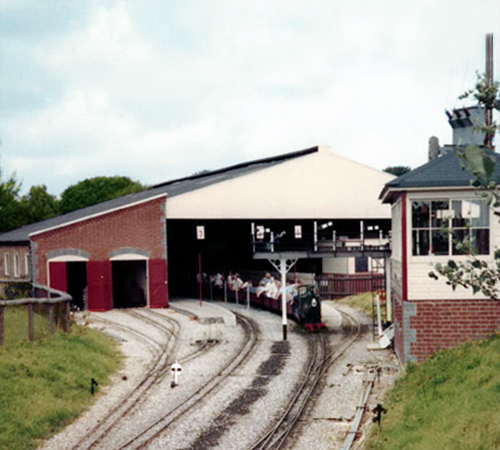 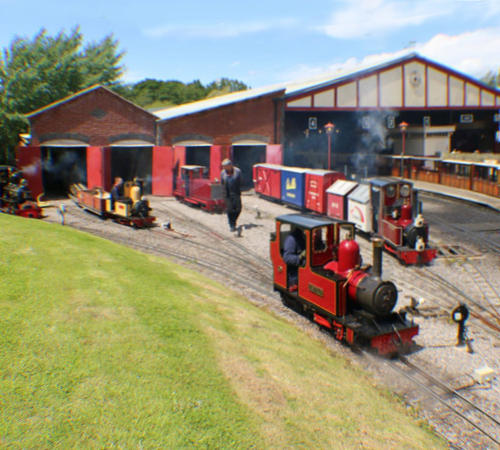 More recently, in 2007, there was an essential extension to the carriage shed. This was to enable secure storage of our ever expanding rolling stock fleet. It has also provided us with a much larger venue to host model railway exhibitions and our Santa Specials.  As part of this we also added an extra siding, in addition to a station avoiding line and associated signals, for non-passenger working. 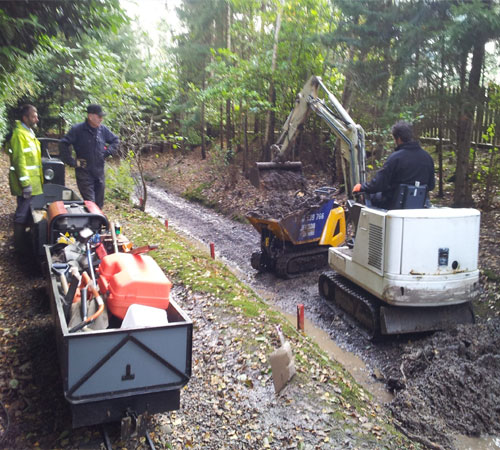 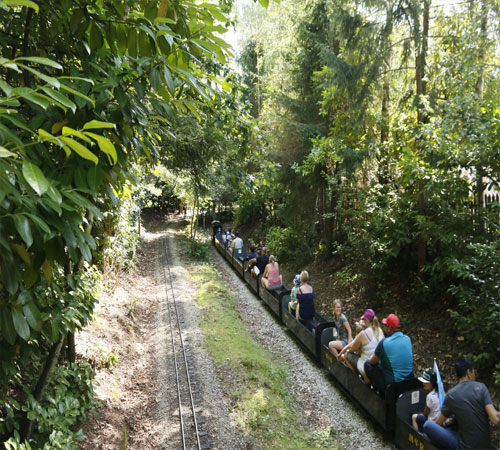 In 2013 we started to re-lay the railway after nearly 30 years of operation. We started down in the spiral section of the railway that was notorious for flooding when we had any heavy rainfall. At the same time as replacing the track with all new track panels a far more efficient drainage system was installed to help reduce the risk of flooding in the future. To this day since this has been in place we haven’t been affected by any flooding. 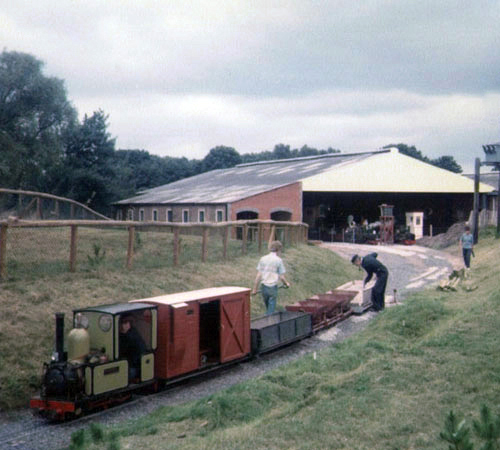 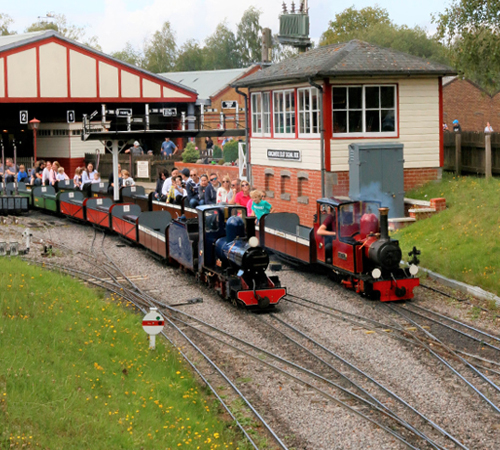 In 2016 the railway celebrated it’s 30th Anniversary, during a special event we acknowledged the success of the railway over the past 30 years. During this time the railway has designed and built no fewer than 15 steam and 2 diesel locomotives in our Kingsmere Workshop, alongside 45 passenger carrying coaches and numerous freight wagons. We have carried hundreds of thousands of passengers around the Country Park and created experiences that bring people back time and time again. 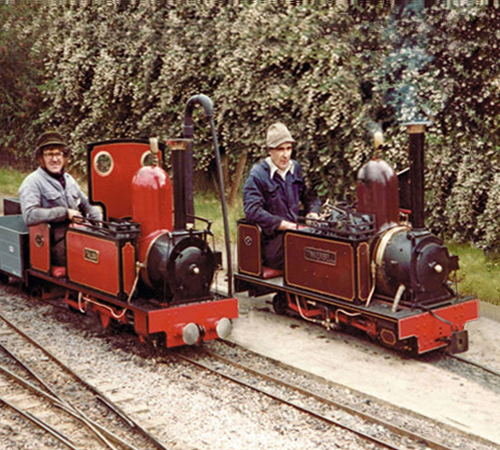 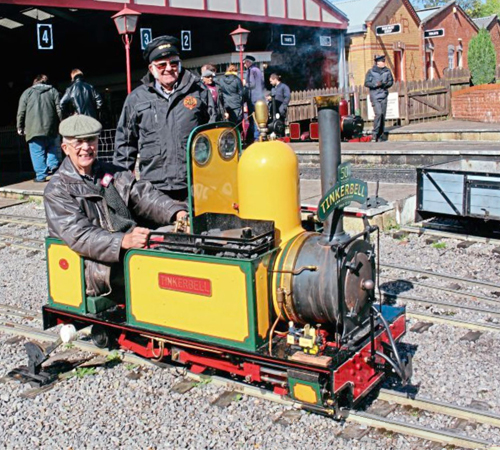 2018 saw the 50th Anniversay of Tinkerbell, the oldest engine on the railway. Tinkerbell is famous around the world for being the first 7 ¼” gauge locomotive of narrow gauge proportions where the driver sits inside the cab of the locomotive. This design has not only inspired what you see today at Moors Valley Railway but railways around the world. At the celebrations in 2018 we welcomed over 15 other Tinkerbell type locomotives coming from as far as The Netherlands.